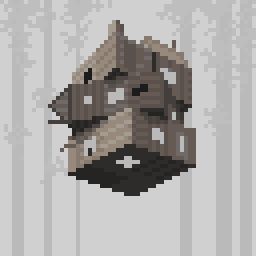 The Truest Fake Story: Memoirs of a Dead Mexica

Five hundred years ago, I fought to the death on the steps of the great pyramid of Tenochtitlan. I died with long hair on my head and Aztec fire in my heart, burning brighter than the very sun itself. The lakes around the great city could easily fit a million tears, but my eyes didn’t let a single drop fall from them, even until after they were empty and glossed over. Maybe I was shot with a crossbow or a match lock musket, or perhaps I had been dismembered by a culverin or cut down by a rapier, wielded by men clad in steel and full of hatred and greed.

It doesn’t really matter how I died anyway, because bodies and history alike become deformed and twisted as they decay. Slaves were brought from halfway across the world and were forced to drain the great lakes around Tenochtitlan; tears, axolotls, water, and all. The great pyramid was destroyed and a cathedral was built over it. I wasn’t there to witness; I was busy dying on the floor of my chantli, the house my family lived in. I took my last breath on the damp stones beneath, shuddering through blood and sickness leaking forth from my broken body. As slaves from across the sea laboured to raise stone crosses, I died with my hands tied behind a wooden pole, this time the fire wasn’t in my heart; it was all around me.

After that I was called by a name I couldn’t pronounce, in a language I couldn’t speak; I choked on dust and particles of debris as I swung a pickaxe and gulped mezcal, deep within the torn and bleeding veins of Tonantzin, our mother earth. I collapsed amongst the dust and sweat, and as broken men and women and children took up brooms and swept the last flecks of silver from the tunnels we had carved into the earth, I died from exhaustion, or hunger, or maybe dehydration; it doesn’t really matter.

No one can see your face deep underground anyways, especially not the sun. The brightest thing in the mines was a torch, or the dreaded glinting of silver ore. My heart was heavy as a stone, but my eyes stayed dry and saltless. Moribund gasps resound like iron striking rock.

I must have died thirty million more times before I died for what looked like freedom, at first. Independence doesn’t always mean freedom, I was quick to learn.

Flesh perforated by lead, I bled to death in the streets of Mexico City, among the cacophony of muskets and cannons, as stars and stripes replaced an eagle perched upon a cactus.

Two decades later, I bled to death yet again, this time on the fields of Puebla.

What leaked from my body was the same color as the last stripe on both flags of the battlefield. Both the flags each had a white stripe in the middle as well, the color of salt, something which was still absent from my dry, glossed over eyes. Shards of lead burned in my throat, like gulps of mezcal mixed with gunpowder.

After that I died of malnutrition; but I had gone blind from vitamin deficiency well before that. Eating nothing but maize and beans and some chile now and then is just as hard as it sounds. Even though my sight was gone as I slowly deteriorated, I could see my empty stomach, and my dark brown eyes stared back at me in the darkness, dry as ever. I took my last rasping breath as I held back a deluge of salt and water. Years later at Cuautla, I died once more.

I was either shot or stabbed, or ripped apart by artillery; maybe I was trampled to death by horses. Or maybe that was a different demise. I had once heard someone say that cowards die many times before their death. I can die many more times, but I will never cower. Zapata told me it is better to die on our feet, as a slave to our principles, than it is to die on our knees, and be slaves to men. Maybe I interpreted his words wrong, because I died in the fetal position, trying to hold in my intestines.

I had enrolled at UNAM, and as I forced myself up from my hands and knees amongst tear gas and flying bullets, armored men in military fatigues advanced towards me with their bayonets fastened. I died in the Plaza de Tres Culturas, never graduating. The only degree I received was the 2nd degree burns across my arms, face and neck, as tear gas wafted over my limp carcass in the plaza, and sirens wailed. I swear on all the lives in the world that my tears were a natural reaction to the chemical agent, and were born from neither fear nor pain. The Olympics opened with an extravagant ceremony 10 days later; 9 pieces of metal and some ribbons are worth 400 of flesh. A bayonet on a long rifle nodded in agreement, but that's just called muzzle climb.

Me and the other student teachers were stopped by men in blue uniforms on the highway. Several hours later I died with my hands bound behind me and a bag over my head. As far as I can remember, I was on my feet. The knees of dead men are quick to bend.

500 years ago, I died with long hair and fire. Eleven years ago, I cut off all my long hair and watched the brown, wavy locks tumble to the ground, then lie still like a dead warrior. Now I looked like a normal white boy, I told myself, and that white kids at school couldn’t make fun of me anymore. They wouldn’t call me names like tonto or say that I couldn't sit with them because I looked like a girl. At school the next day no one told me I looked like a girl. Instead they just called me wetback and beaner, and said that if my long hair could go back to Mexico then maybe I should too.

“I’m not even from Mexico! I was born in San Francisco!”

I fumed back at them, blinking away salt; the flesh of my eyelids formed a barricade between the waterfall within, and the humiliation on the outside.

I thought I would die of embarrassment when I was sent to the principal's office a few days later, because I sat down quietly during the pledge of allegiance. As the other kids jeered and laughed, I walked with my head down behind the yard duty, and as I sat nervously in the hallway, awaiting judgement from the towering, older white woman, I remembered bleeding out on cobblestones as men in uniforms hoisted that flag over my homeland; accused us of being uncivilized, and then they reinstated slavery. Fuck your flag and fuck your pledge of allegiance. I regretted cutting my hair more than anything. I felt like a person who had conquered and enslaved themselves. That was then and this is now, and now I know I am free, 11 years later. The only ones who become slaves are the ones who give up.

Today my hair is short because shampoo is expensive, and I am poor and in college. I still eat mostly things made from beans and maize, and potatoes and rice as well. I often wonder to myself if the degree I am to receive will be in English Literature, or if it will only be a measurement of how badly I was burned with chemical weapons used by blue uniformed white men. On my knees with my hands on my head, I chanted at them to please not shoot us, staring down the muzzles of long rifles and shotguns. Protected behind heavy riot gear and shields, white flesh twisted a silent mouth upward in a sneer of contempt. I saw fingers twitching on triggers. I imagined a 5.56mm projectile erupting forth with a bang, and as my head bursts like a balloon full of red paint, I imagine staring death in the face with dry eyes and a smile, and politely telling the grim reaper to go fuck itself. A cuachicqueh never takes a step back.

Today when I close my eyes I can grow my hair long again. Long, vibrant and healthy, like my roots which are so deep that it would take uprooting the entire earth in order to tear them out. I can smell burning sage and copal, and I can dip my feet in the great lakes surrounding Tenochtitlan and dream. I can speak a language of my own, and not three languages brought from across the Atlantic. I can talk to an eagle flying over a blue sky, and take a deep breath of clean air. I can become invincible if I need to. I can choose whether I am afraid or not, even if I do not know what is ahead. Unsure of the future, I only know one thing for certain, and that is that it is a good day to die.